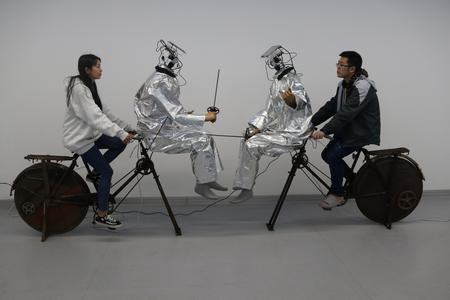 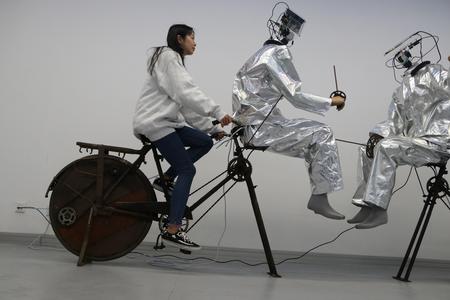 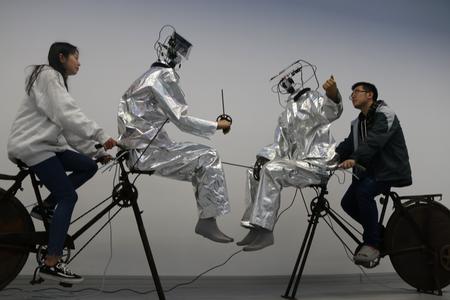 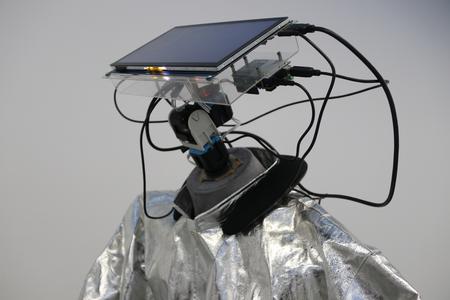 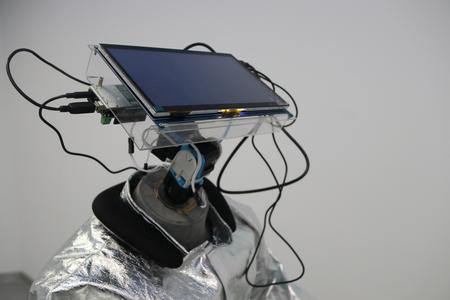 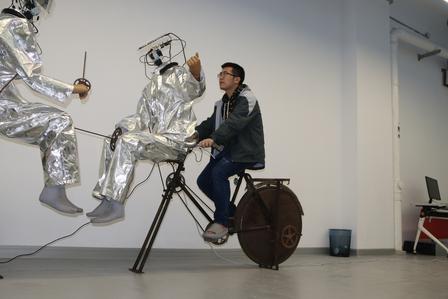 By pedalling bicycles, visitors are starting sword fight between Machiavelli and Sun Tzu manikin figures look robots, placed at the front part of the bicycles (see Fig. 7). The installation is a unique example of human-robot-robot interaction which tends to become genuine social phenomena of our and future time. Moreover, sentiment analysis of the authentic machine-made content is giving us an opportunity, based on multiple data types used in AIR, to follow AI agent interpretations of given knowledge and emotional gesture-based data.